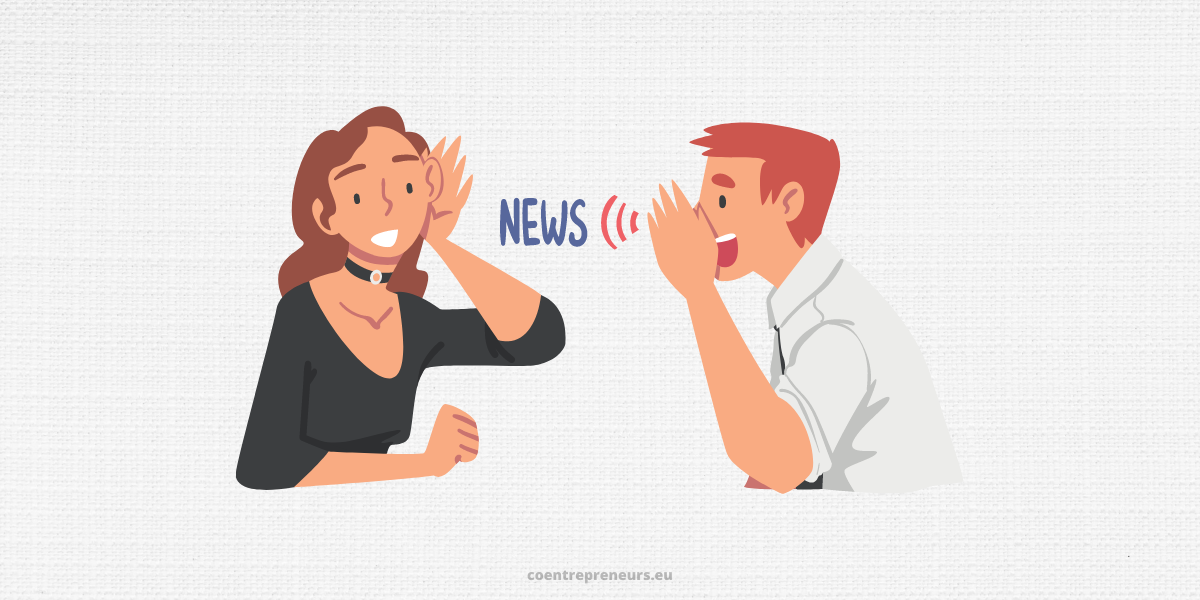 The idea behind viral marketing

Use the internet to find out more.

The Internet has revolutionized word-of-mouth. Venture capitalist Steve Jurvetson coined the term “viral advertising” in 1997. This term was initially used to describe Hotmail’s practice of attaching advertising to their outgoing mail. It is believed that an advertisement will reach a user who is susceptible to infection.

Email may have been the initial catalyst, but social networks and online communities along with chat allow for the creation of new opportunities.
Information can be distributed exponentially faster than ever before. While word-of-mouth marketing may take weeks or even months to reach 1,000 people, viral marketing can get thousands of people in just days or hours. A viral marketing campaign can spread like an epidemic of a virus. Its effectiveness and relevance are the only limitations.

Wikipedia defines viral marketing to be “marketing techniques that exploit pre-existing networks to produce exponential rises in brand awareness through viral processes similar like the spread of an outbreak.” It’s a word-of mouth that is augmented online. Viral marketing harnesses the network effect and can reach large numbers of people quickly.

What is viral marketing?!

Consumers have learned to avoid traditional supplier-driven messaging and marketing due to the proliferation of advertising and marketing. Technologies such as PVRs and satellite radio, and Internet ad-blocking programs are causing a shift in how the public consumes media. TV ads, radio spots, and online ads are all competing for viewers’ attention.

See also  Too Many Gurus: Why Less Is More and How to Refocus

Jupiter Research found that more than 90% of consumers had told at least one person about a site they liked when it was recommended by a friend.

1. This method cuts through traditional advertising clutter, allowing marketers to reach their audience more effectively.
2. It doesn’t necessarily require a product to have a wow factor in increasing awareness, generating buzz, and kick-start peer-to-peer spreading. The viral campaign’s communication agent, rather than the product itself, is what needs to have a wow factor.
2. Viral is not interruptive like traditional advertising. Viral campaigns use the internet to get exposure through peer-to-peer endorsement. Viral campaigns are generally welcomed by the receiver, regardless of whether they are liked or not. Campaigns that are engaging and generating a buzz with consumers should be the main focus.

Viral marketing should not be considered a replacement for a broad and diverse marketing strategy. Brands have learned that viral marketing is not a single-purpose miracle worker.

James Kydd (Brand Director at Virgin Mobile) just announced the 11th release of their viral marketing campaign. He stated that viral marketing should not be used as a tactical end in and of itself but rather as part of a larger strategic marketing strategy. It’s a means to an end that generates buzz and provides ongoing brand benefits such as increased awareness, peer endorsement, and ultimately, more sales.

See also  10 Funny Reasons Why You Must Become an Entrepreneur

Although the message and strategy can vary from one campaign to another, most campaigns are successful because they use the same approaches. To maximize viral impact, these approaches are often combined.

To spark interest, many viral marketing campaigns use free products and services. Low-cost items, such as t-shirts, can lead to higher-priced items. Marketers use low-cost items to collect consumer data and build a customer database.

Good content and ideas can make or break viral campaigns. Although creating quality content is more costly than offering a product for free, the results can be much better. It is essential that the content be engaging and elicit an emotional response from those viewing it. This has enabled many small brands to benefit from content-based viral campaigns. More prominent brands tend to be more cautious and are more likely to react negatively.

This type of messaging is intended to appeal to our natural desire to want things we don’t have. This message includes invitations for V.I.P. clubs, access before the public, and the possibility to decide the fate of other members within a peer group. This tactic is highly effective, but there’s a limit to its effectiveness. If the offer is spread too widely, it loses its exclusivity.

Referral campaigns can often include financial and reward incentives. Marketers may offer compensation in the form of points, special offers, or cash in order to encourage users to share a message.

It’s viral
Considerations for the user

Viral campaigns that work are easy to spread. Marketers should consider how people will share the campaign or message to others when creating a campaign. When creating a viral strategy, marketers should ask the following questions:
* Do you need special plug-ins for the content?
* Is an attachment in an email too large?
* Does the site require broadband access?
* Is it easy to remember the URL?
* Is it easy to use the referral system?
* Is it too high of a barrier to entry?
A campaign that is easy to spread can be more successful. This is why a large number of campaigns fail to reach their target audience.

A viral campaign is built around the idea of “seeking” the original message. Seeding refers to the act of planting the movement in the initial group, which will then spread to other people. There are many options available for seeding via the Internet, including:
* Email
* Online Forums (Google groups)
* Social Networks (Google+ and Facebook.com).
* IM (AIM. ICQ. MSN. Google).
* Blogs
* Podcasts
Marketers should consider who they are seeding for when deciding where to plant seeds. Marketers should ensure that they bury a specific audience if a campaign is biased towards one audience. A movement that fails to do so could be canceled before it gets off the ground.

Make use of existing media purchases.

A viral campaign should have a high level of participation and reach. Marketers must be prepared to provide for the needs of all participants in case the campaign succeeds. Before the campaign launches, it is essential to consider server space, bandwidth, support staff, and fulfillment. Marketers should be able to capitalize on the campaign’s success.

Tips An Entrepreneur Needs To Make A Great Impression

Tips An Entrepreneur Needs To Make A Great Impression